We have been fortunate to work with some of the top aerospace companies in the world, on both research and development level and live commercial projects. To aid in bringing leading edge aircraft technologies to the market, for a safer, more efficient and ultimately better performing aircraft.

Demand for commercial and military aircraft continues to rise along with a substantial increase in defence spending which has contributed to the growth of the aerospace and defence industry in recent years. This can be seen by the increase in revenue across the board for each of the top 10 aerospace companies, ranked by total revenue. 2 of which are UK based companies, 7 US out of the US and 1 based in Europe.

If you’d like to find out more about some of the aerospace projects that South Coast Composites has been involved in and how we might be able to help with your next project, click here to get in contact and we’ll be more than happy to help discuss your needs.

With annual revenue of $93.39bn in 2017, mainly driven by its aerospace and defence businesses the company topped the industry after delivering a total of 763 commercial aircraft for the sixth year running.

With its headquarters in the Netherlands, the company offers products for military, commercial and security markets. The company has also agreed to acquire a majority stake in Bombardier’s C Series aircraft programme in October 2017.

Airbus employs 130,000 people across 180 locations worldwide. Its products included: military aircraft such as A400M airlifter, the A330 MRTT and commercial aircraft such as A320, A330 and A350 XWB families, Earth observation, navigation and communications satellites, as well as civil/military helicopters.

Approximately 69% of the company’s 2017 revenue came from the US Government and the Department of Defense contracts, with the F-35 programme alone accounting for 25%.

General Dynamics Corporation saw a 1.3% revenue growth in 2017 to $30.97bn compared to 2016, assisted by the growth of its operating units and across all product categories.

With net sales of $25.34bn, Raytheon Company saw a year-over-year growth of 5.1% in 2017 compared to 2016. The net sales benefited from record international and classified sales.

Rolls-Royce is a major supplier of aero engines and propulsion systems for military and commercial aircraft and marine platforms. The company employs more than 50,000 employees in 50 countries.

The company operates through five business segments, including Civil Aerospace, Defence Aerospace, Marine, Power Systems, and Nuclear. Civil Aerospace is the company’s biggest segment, accounting for 53% of the total revenues in 2017.

Rolls-Royce, is one of the leading industrial technology companies based in London, reported revenue of $22bn (£16.30bn) in 2017, a 6% increase compared to 2016. The revenue was supported by a 35% increase in engine deliveries to 483, flying hour growth and higher maintenance activities.

If you’d like to find out more about projects that we have delivered to the aerospace industry and how we might be able to help with your next project, click here to get in contact and we’ll be more than happy to help discuss your needs.

How to build an F1 car ? from the Perspective of a UK Composite Company 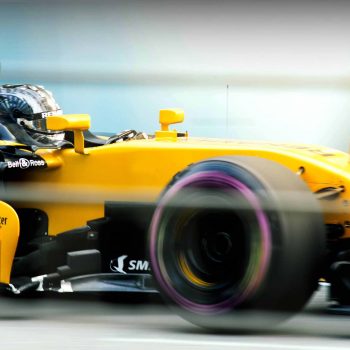